Effects of First Impression on Perception of Others

Psychologists define first impression as the very first event when one person meets another individual and has an encounter by forming a mental image about the latter. The picture created varies from one person to the other; impression depends on the observer and the individual being observed. There are various characteristics that determine the first impression such as race, age, culture, gender, language, accent, physical appearance, voice, posture, occasion, time of contact and number of participants present. The first images people create in their minds determine how they treat and relate to the others in the coming days. This paper presents a comprehensive analysis of three main topics.

Implicit personality theory presents the specific biases and ways through which a person creates a first image of an individual he/she has never encountered before. Research has shown that there are instances of impression formation that are context-based, but in some cases, human beings form impressions using other means in different situations. There is no single specific way of forming first impression of people, but every individual has his/her own way through which he/she forms images about others. Research has shown that people in the same group influence each other in the way they form first impressions. However, there are some specific components proposed by the psychologists advocating the implicit personality theory that appear to be common across individuals or across a group. These specific elements have been investigated by social psychologists because they are believed to provide a strong base about first impression formation.

Solomon Asch was among the first social psychologists to deeply explore the way first images are created in people’s minds. His research provides important information on the factors that affect the way a human being forms a first image about another person. Asch’s study looked at the differences between peripheral and central traits. Factors addressed in his work are still of great importance to the study of hallo effects in the current world. Asch’s research formed a strong foundation for the study of the implicit personality theories.

Personality theory is characterized as being automatic in nature hence it was named implicit. Research has shown that the process of first image formation is automatic and unconscious. For instance, sometimes a person experiences a thought process without his/her awareness or intention. In the same case, an observer can perceive an individual, study his/her behavior and unconditionally make characteristics inferences without his/her consent. Observed effects, especially when learning other people’s personalities, show the best evidence about automaticity of first image formation. Carlston and Skowronski conducted a study and found out that respondents with exposure to descriptive stimuli with implied characteristics information learned the traits of the target person with ease as compared to those without prior knowledge of trait information. In such a case, it was possible because the participants experienced a true saving effect that was suggested to have an advantage of automatic trait formation gained from descriptive stimuli. There are two theories that fall under implicit personality theories.

Primacy effect plays a major role in perception formation; it is the effect arising from the tendency of taking into consideration information learned first as compared to information learned last. In terms of first impression, it means that primacy effect will influence the overall impression formed because of the order in which the traits where presented. Primacy effect is seen both when one forms first impression about a person and when requested to give traits of a target individual with whom the observer has had a chance of interacting before. Asch, in his research, explained the reason of primacy effect as the first traits one learns about a person play a very big part in giving the impression because they give the general direction of forming an impression. After the primacy effect, any other trait learnt after has to be interpreted in a way that fits the first established trend. The primacy effect is also explained in relation to memory, as an observer fills his/her short-term memory with trait information he/she tends to give less attention. Therefore, trait information learnt earlier by the observer has more influence on the impression formed about a person, because it received more attention and hence it can be remembered for a long period compared to the information received later. Primacy effect is strong when it comes to repeated information, because the listener pays attention at first and his/her attention is drawn away when he/she gets bored. If a person hears a long line of words, he/she remembers the first words better than the middle words and a few last words. This is called a recency effect.

The anchoring bias is also called focalism. It is a mental bias that explains the common tendency of human to give more weight to first information when making a decision. In an instance of decision making, focalism takes place when decision maker uses earlier pieces of information when making a judgement. The moment an anchor is formed, any other judgement made after is done by adjusting it to fit the anchor; there is always a bias. For instance, when one goes to buy a commodity, the initial price sets the standards for negotiation; any price below the initial one seems to be more reasonable even if it is higher than the actual worth of the commodity. The focusing illusion is a mental bias that takes place when a person gives too much significance to a single aspect making it hard to accurately predict a future outcome.

Heuristic adjustment is a psychological bias that affects how people intuitively examine probability. It states that people begin with a fixed reference point and make proper adjustment to the anchor for proper estimation. An observer begins with an anchor and later makes incremental adjustments depending on the additional information.

The in-class experiment was conducted using two pictures of the observed. The first picture was presented to group A. 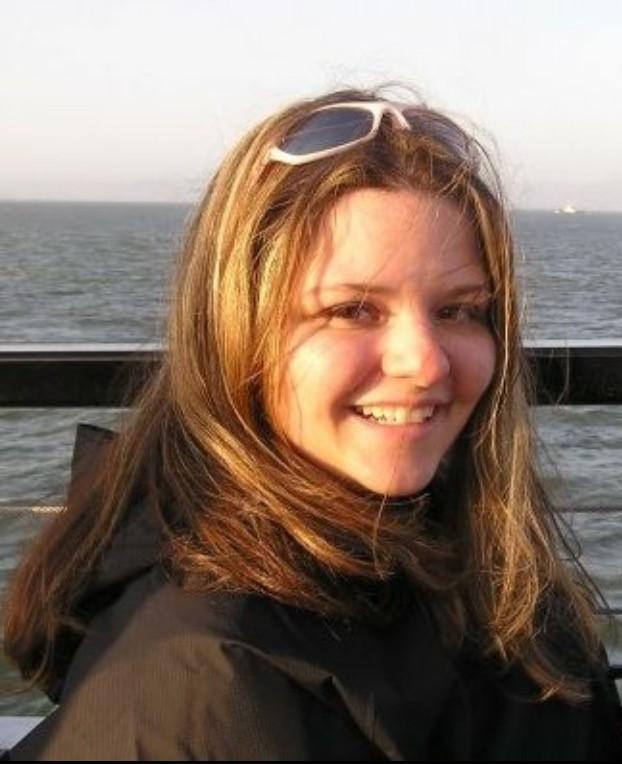 The second picture was presented to group B. 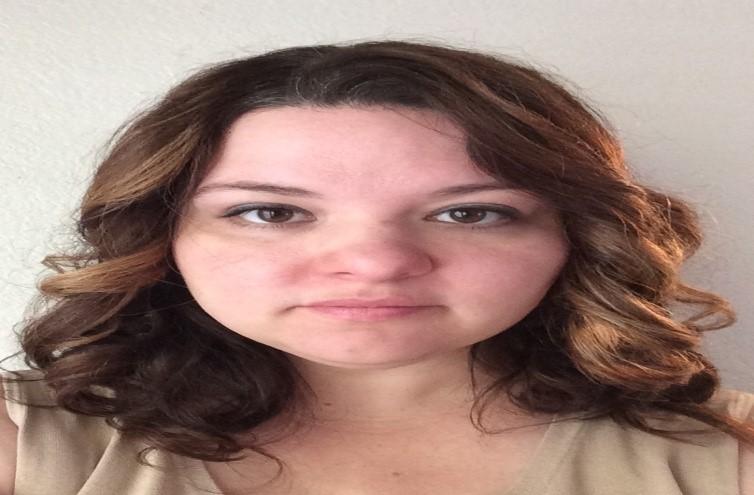 The two pictures were presented to the two sample groups at the same time but in different locations. The observers in both groups were asked to give the impression of Olive based on the first traits they had learnt from the handout. There was a measuring ten-point scale to measure the variables.

The study had independent variables that were in the handout.

The independent variable were manipulated by giving the two groups the different traits, which, in fact, were opposite to each other.

There were three sets of dependent variables, which were measured by ten-point scale after it was presented to the two groups independently. The participants were to describe Olive as either;

The answers given depended largely on the known traits (independent variable).

The participant were to study the photos and record what they felt about Olive; they were to give the impression they got from the pictures and rate it using the ten-point measuring scale. Most participants experienced a conflict between what they knew about the observed (independent variable) and what they felt about her after studying the pictures. Those with positive traits found themselves rating Olive positively without their consent. The participants were to give their views based on what they knew about the observed. In the scale, below five there was negative impression and above five there was positive impression.

Become a successful student with our writing service

An experiment was carried out to compare happiness versus unhappiness in intelligent, industrious and careful, and envious, stubborn, and critical conditions.

An experiment was carried out to compare generous versus selfish in intelligent, industrious and careful, and envious, stubborn, and critical conditions.

An experiment was carried out to compare thoughtful versus insensitive in intelligent, industrious and careful, and envious, stubborn, and critical conditions.

Significance Difference in the Two Conditions

The results recorded showed that prior knowledge of positive or negative traits about a person had an effect on the first impression. The outcomes supported the three hypotheses. In fact, the p value showed that the independent variables did influence how the participants formed their first impression about Olive. The results did agree with primacy effect where the observers were to remember what they learnt last about the observed. The outcomes also supported the anchor bias concept in that the observers gave more weight to what they observed first and they manipulated the final results to align with the earlier information. The significance difference was above 0.05 in the three experiments. Generally, the results agreed with the theories of implicit personality discussed in the introduction.

Limitation of the Study

The participants give more weight to the central traits as compared to peripheral ones. This challenge was the main area of concern in Asch’s research. Asch classified the most powerful traits as central and the weaker ones as peripheral. The former play a major role in determining the overall traits of a person, while the latter are just modifiers. To overcome this limitation, researchers should know that perception is not only about what one knows about people but is more than just the summation of what he/she knows. The scientists should conduct research without giving any information about the observed.

It was noted that the observers give others the traits as the ones they possessed. If the former has a positive feature, he/she tends to give the same positive trait to people he/she feels are similar to him/her. To overcome this problem, researchers should be specific in telling their participant the main objective of the study and avoid being biased as much as possible.

The study faced a situation where the observer tends to fill the gaps with the traits he/she possesses or values. Therefore, when a trait with few external indicators presents itself, the observer fills in the gap with his/her traits because he/she thinks they are similar. To curb this challenge, participants should be advised to say what exactly they feel and be assured that the results will not be disclosed to the observed.

The mood of a person determines the impression he/she gets about others. The observers in a positive mood tend to generalize the traits of a person without being keen on individual details. On the contrary, participants in a negative mood were keener on individual details; this had a negative effect on the results. This challenge can be overcome by ensuring the respondents are in a sober mood and that there is no external interference.

This study looks at the effects of central versus peripheral traits on impression. Further research should look at the impact of the same on behavior of the observer. Further studies should be conducted to determine whether demographic factors have an effect on impression formation. To build upon this study, research should be conducted to show the effects of both strong positive and negative traits on a single observer.

Questions to be Answered

Next steps in this area of study are trying to be more objective in giving perception of others than being subjective. Further, nonverbal traits should be considered when giving impression. Lastly, what effects do some specific parts of a human body have on impression? Research is taking people to a deeper perspective of impression formation.